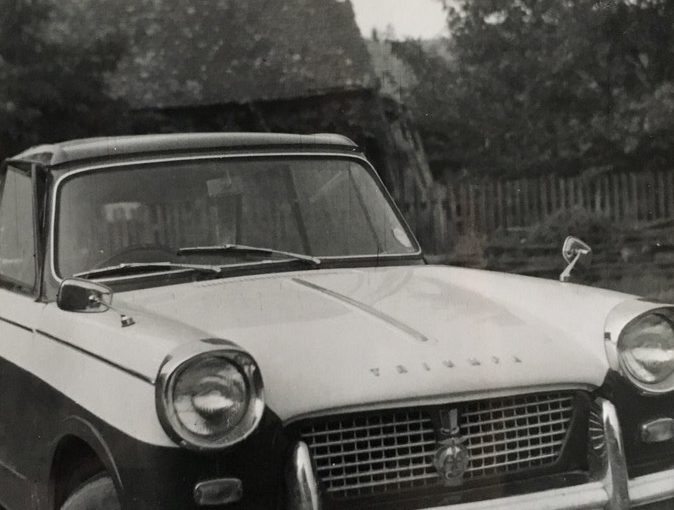 I mentioned in the About Us section that my Grandad once had a Herald he managed to put on it’s roof, I though’t I’d share some pictures I have here.

From the front it doesn’t look too out of place: 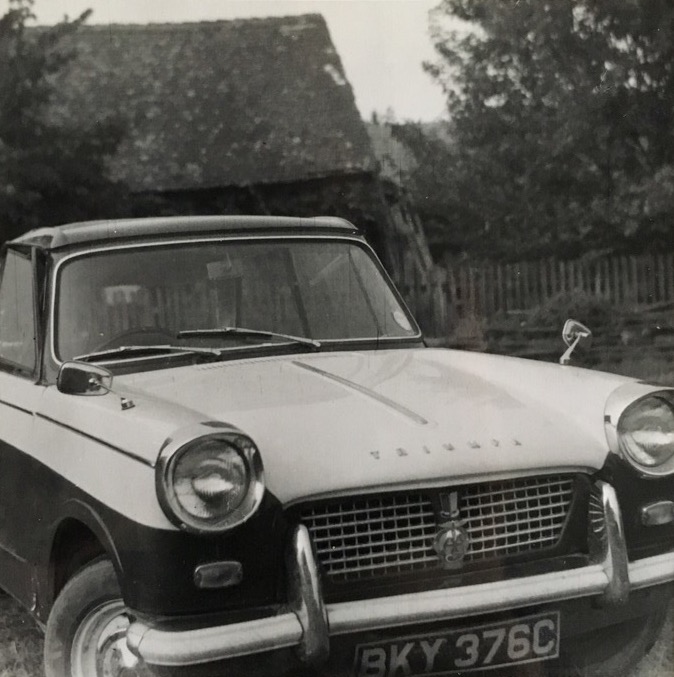 However, move around to the rear end and it’s a different story! 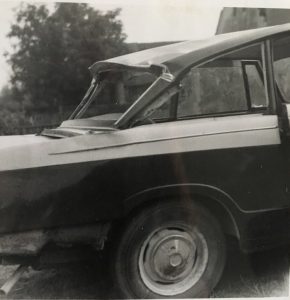 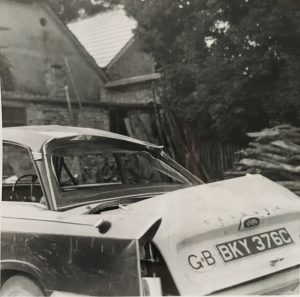 I’m not sure of the details exactly, at the time my Grandad and Uncle were in the car and I believe it was two simultaneous rear punctures which caused the car to go out of control and roll over a few times before landing on the roof, oh and this was in the middle of rural Slovenia which meant a long train journey home for all the family!

The only parts that seem to have made it back to the UK are the number plates, the rest of the parts were presumably scrapped by family over there.