A bit of a change for the blog, as this post isn’t about our car or trip. On October 18th 1958, a team from Standard-Triumph departed Cape Town. Their intention was to drive two pre-production Heralds (then known under the code-name “Zobo”) to Tangier. 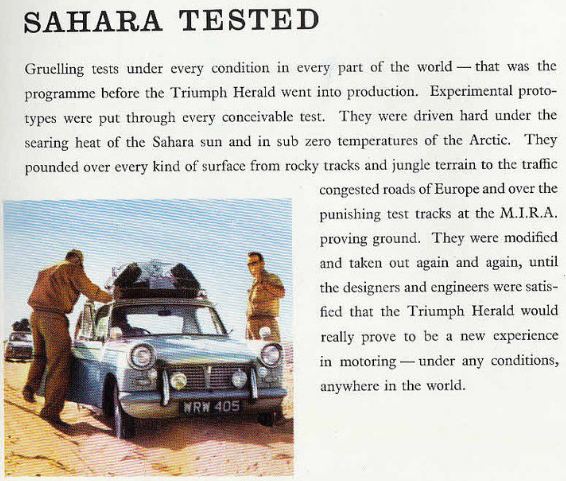 On this day 58 years ago, the convoy arrived by ferry in Gibraltar, having completed some 9,500 miles through harsh terrain.

During research for our trip, I found the technical report on the trip on a mailing list, reproduced by John Kipping. It’s interesting to note the issues faced during the journey, though there are some gaps: