The car stayed dormant in my garage for the rest of 2016, but at the start of this year we made a big list of parts to order, and made a start. The first task was to take the body off, so just the chassis and bulkhead could be taken to my uncle’s house, where the rest of the restoration work would take place. This happened mid January.

The body came off with ease and was left in the garage until the chassis work was completed: 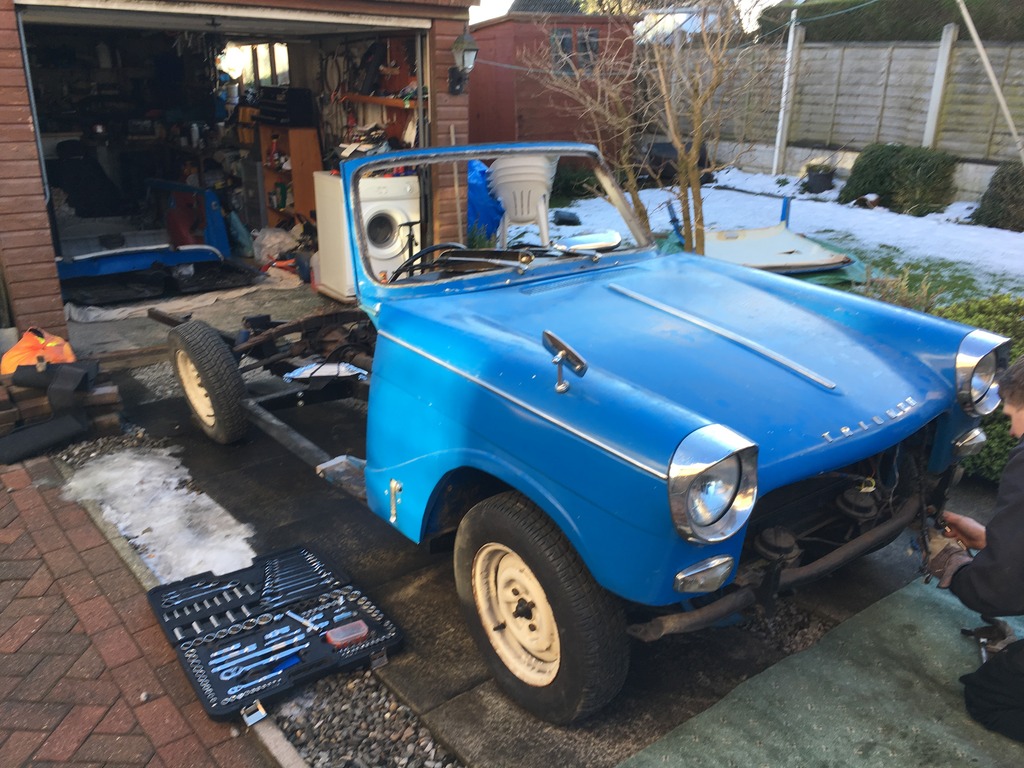 With the bonnet off also, the car was wrapped overnight as the truck to transport it wouldn’t arrive until the next morning: 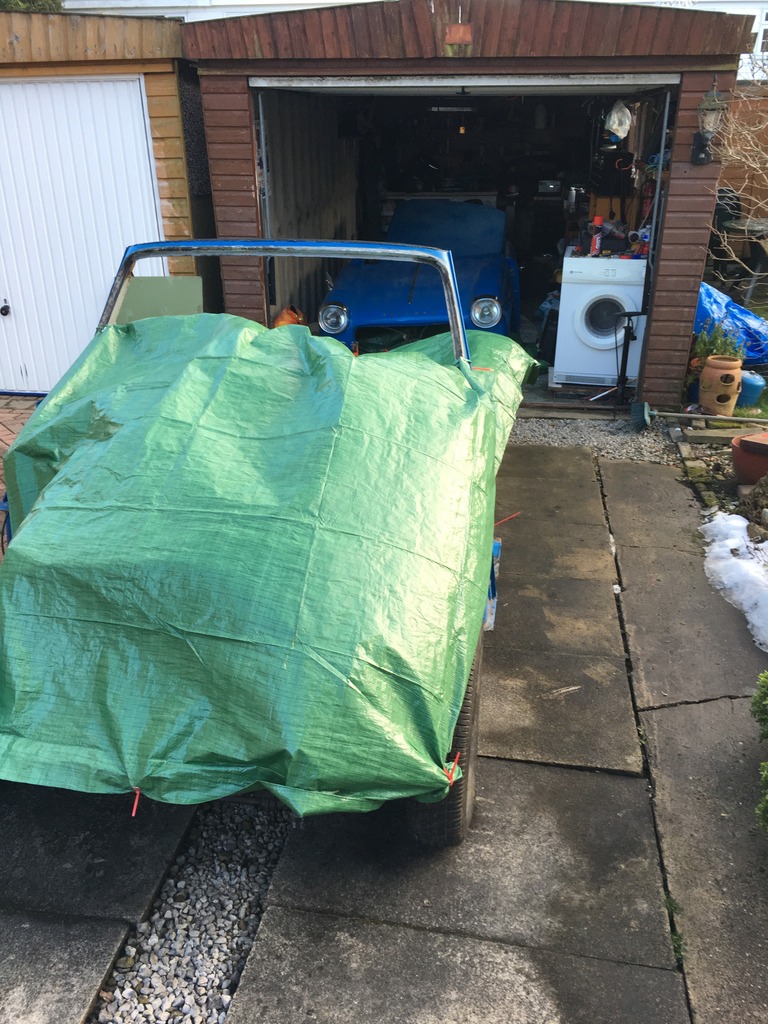 The next morning at 9am Dale (the guy I use to move the car) called to ask if I wanted to postpone due to the weather, when I explained the car is already outside he quickly turned up and loaded the car onto his truck: 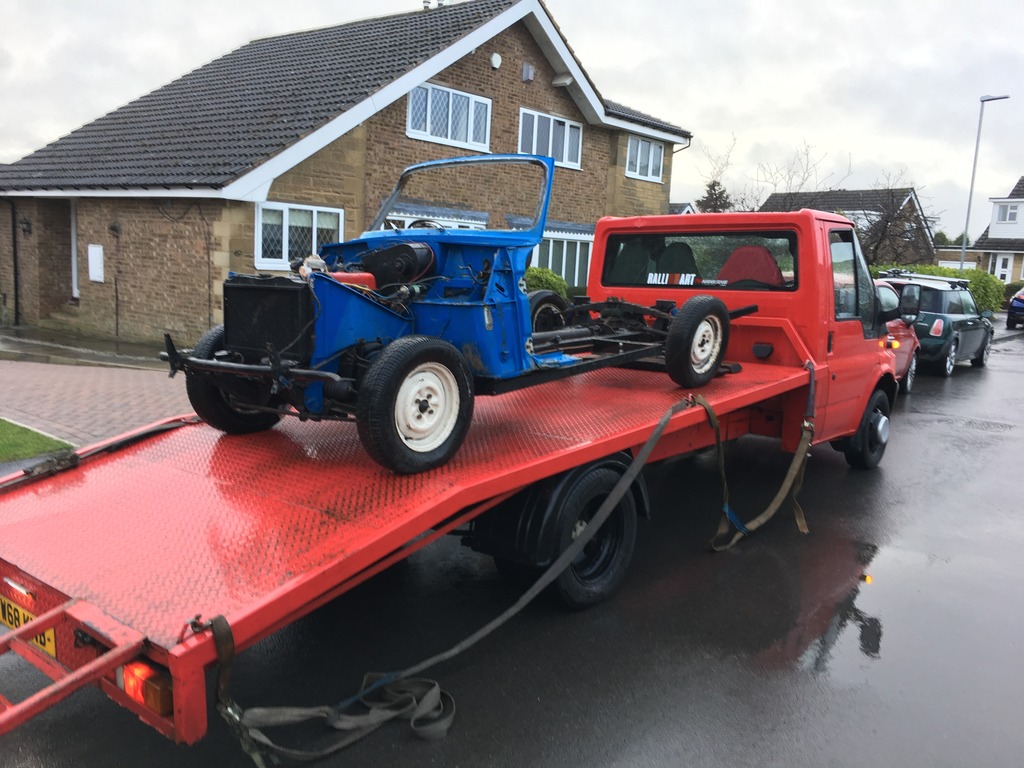 The 4 or so mile journey to my uncle’s house complete and the car is being unloaded:

And finally how it sat, mid-January, in my uncle’s garage: 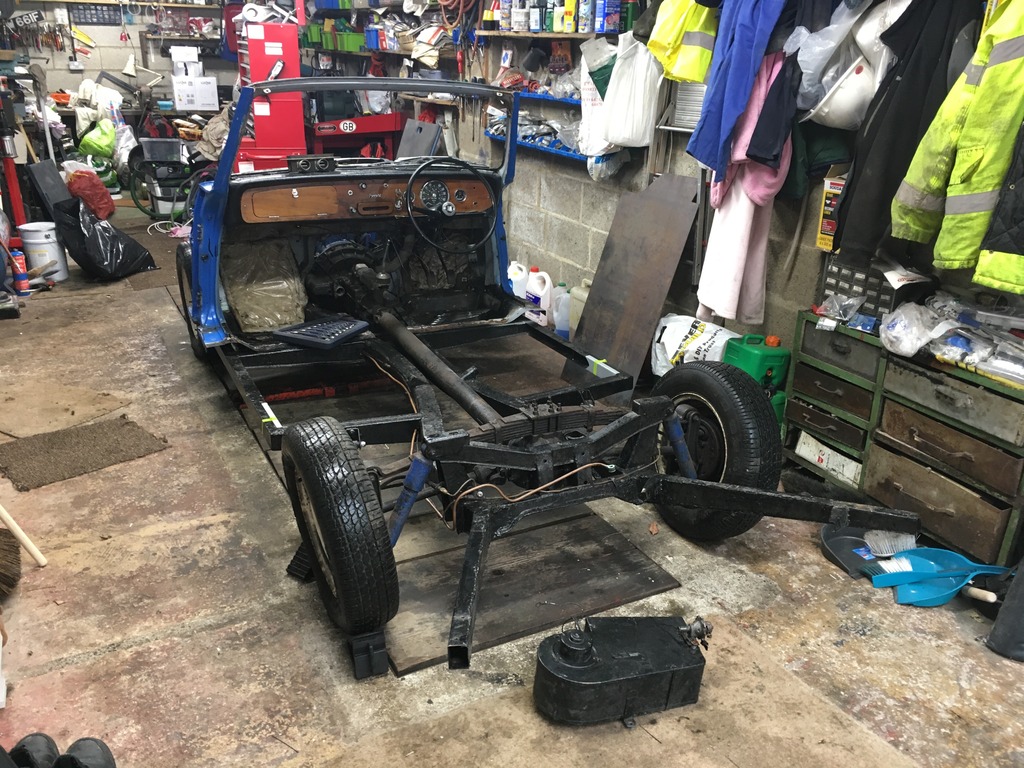 A lot has happened since then, so more posts are to be written, but for now that is it!